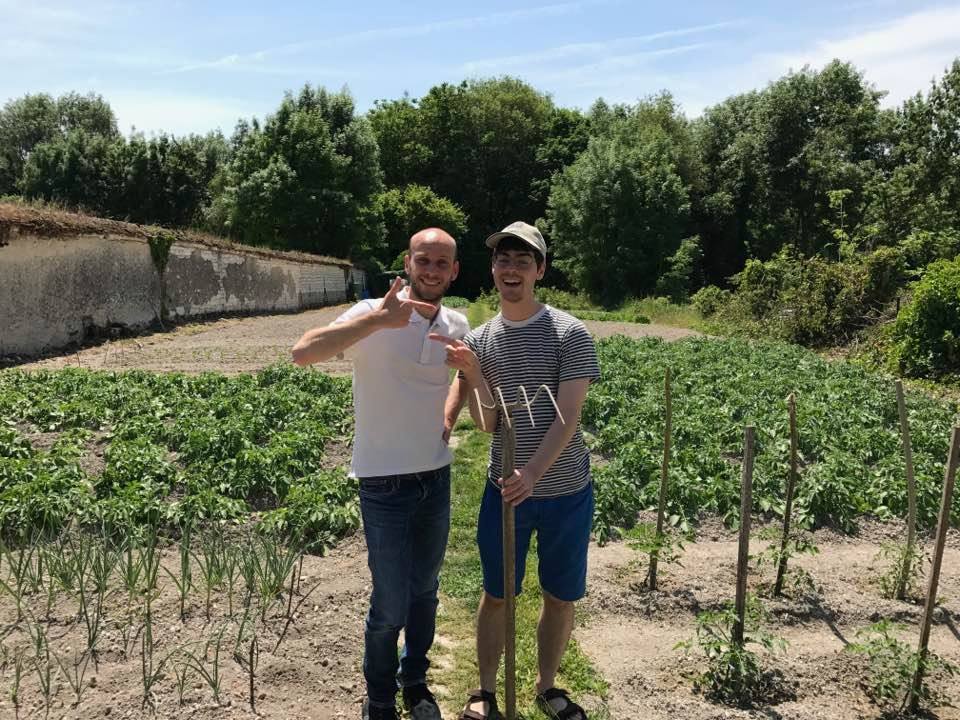 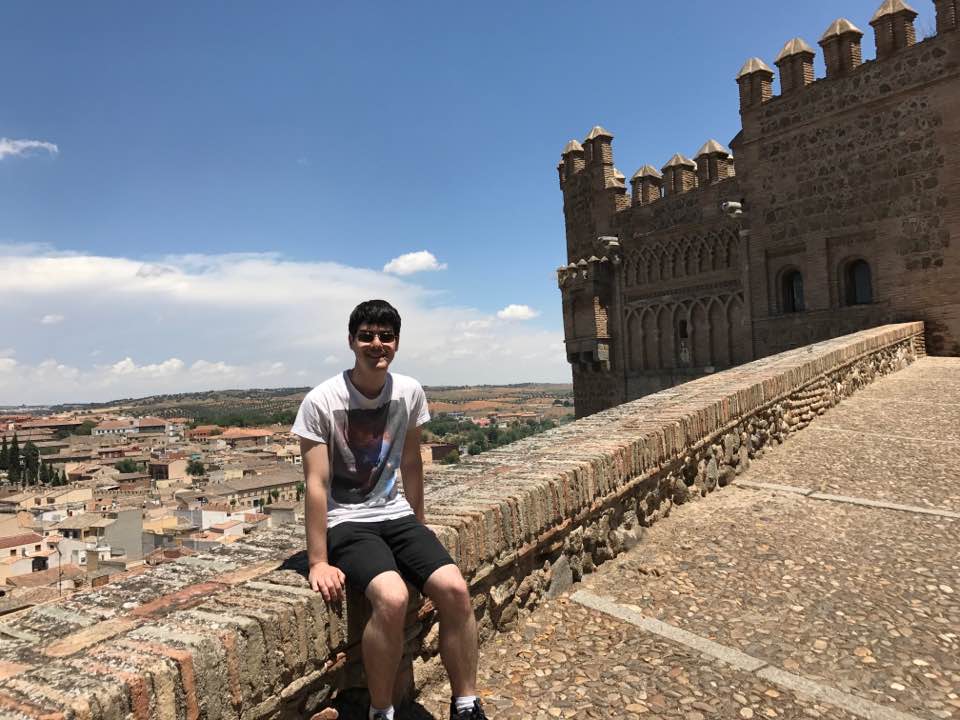 In May and June 2017, I had a special opportunity to visit Europe for the second time – this time, in the Champagne region of France, as well as Paris, and Madrid, Spain.

This was for a special inter-continental recording project led by vibraphonist Thierry Collin and organized by drummer Alexis Sereduik.  I am so honored to be a part of this group – which actually doesn’t have an official name yet, but I will announce it soon :)

The other members of the quintet are vocalist Song Yi Jeon and bassist German “Choby” Scheufler, who also came from the Northeast (Boston and NYC).

I started this tour off in Champagne, specifically in the city of Troyes, which is actually pronounced the same way as “trois” (three).  Troyes is two hours away from Paris via train and the train ride goes through many beautiful wheat fields and farms.  And the vibrant downtown has many buildings that are about 500 years old.

We did all of the rehearsing for the recording at the studio, which is located in the basement of a private home just outside of Troyes.  It was indeed a very beautiful location for recording…  The tunes are all very complex and yet have a sense of folk melody throughout.

But we also had plenty of time to see the countryside, from the grand cathedrals to the rivers and ponds.  Alexis and I also visited the Devaux champagne winery in Bar-sur-Seine (yes, that’s the name of the town).

Once the recording was done, I had a gig in Paris with the Song Yi Jeon Quintet.  Song Yi went to Berklee with me and we have collaborated many times… so it was truly wonderful to be able to play together again, in two different quintets, in France!  The gig was at Sunset/Sunside, a two-jazz-club complex that extends two floors underground – and the rehearsal was in an even smaller basement.

After the obligatory visit of the Louvre and the Eiffel Tower, it was time to head to Madrid, where I played a very special gig with my fellow Manhattan School of Music alum Aurora Arteaga.  This was a special “Matt Savage Trio & Aurora Arteaga” collaboration project, with half of the tunes being instrumental and half being vocal.

The show was with Aurora’s friends Dario Guilbert on bass and Miguel “Pepe” Benito on drums, at El Plaza Jazz Club in downtown Madrid.  The concert was a success and I hope to be back soon.

I spent the last couple of days in Europe seeing the sights in Spain, specifically in the very hilly city of Toledo, which is about 45 minutes’ bus ride from Madrid and located on a very large hill.  The view from the top of Toledo is one of the most dramatic I have ever seen.

I miss Europe already and I just want to say thank you to the musicians and organizers who made all of this possible! 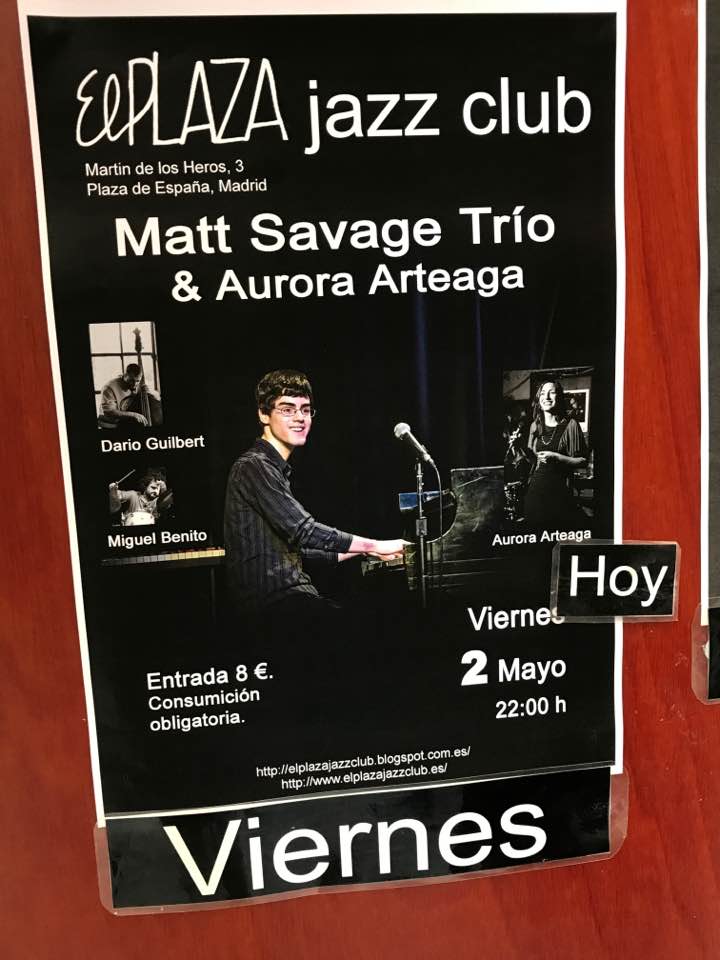 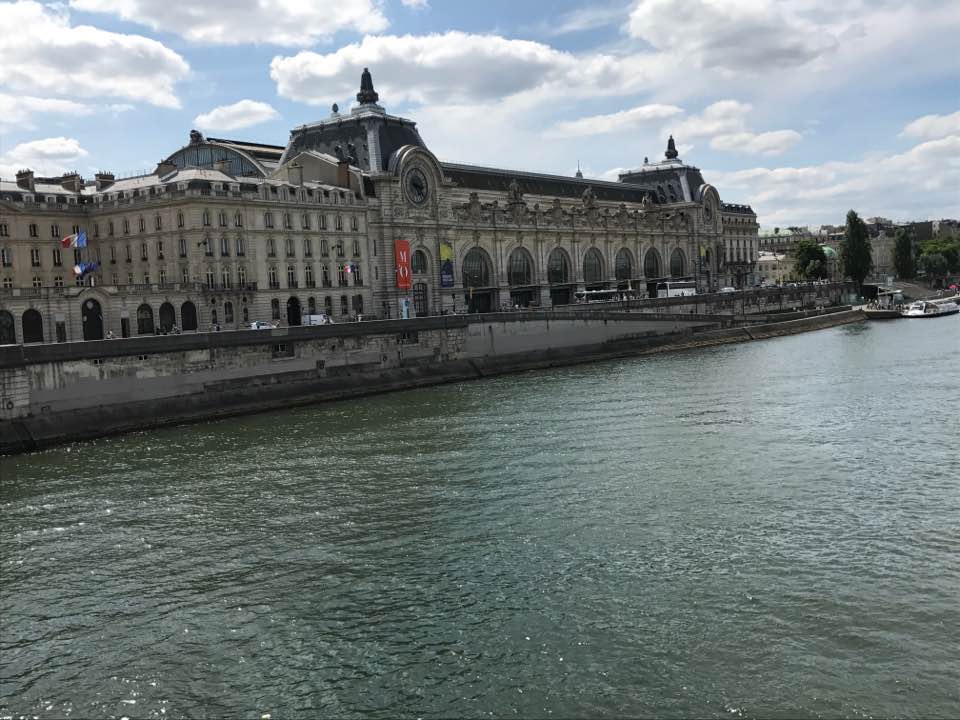