Splash Variations is the debut EP of the Matt Savage Groove Experiment, the new jazz fusion project from pianist/composer Matt Savage.  Half of the tunes from this new band are instrumental, and half are vocal – but there’s also a tune where the entire lyrics are just “Splash!”

Nine musicians in total are featured on this release – a core instrumental quintet plus several special guests.  The group is also augmented by vocalist Robbie Pate, who appears on two tracks, including a “funkified” version of the classic standard “All the Things You Are.”

The medley of “#SPLASH” and “Splash in G Major” forms the centerpiece of the album, while “Arigato” is a touching jazz waltz tribute to a recently departed drummer.  The concluding track, “IDGAF,” is a long instrumental jam that features a distorted guitar solo, a trombone solo, and Matt Savage on both piano and electric piano.

Splash Variations is the thirteenth release from Savage Records, and the start of a fresh new sound from Matt Savage.  The Groove Experiment will also be touring in the next few months to accompany the release of the new album. 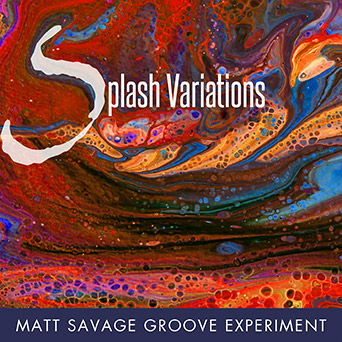