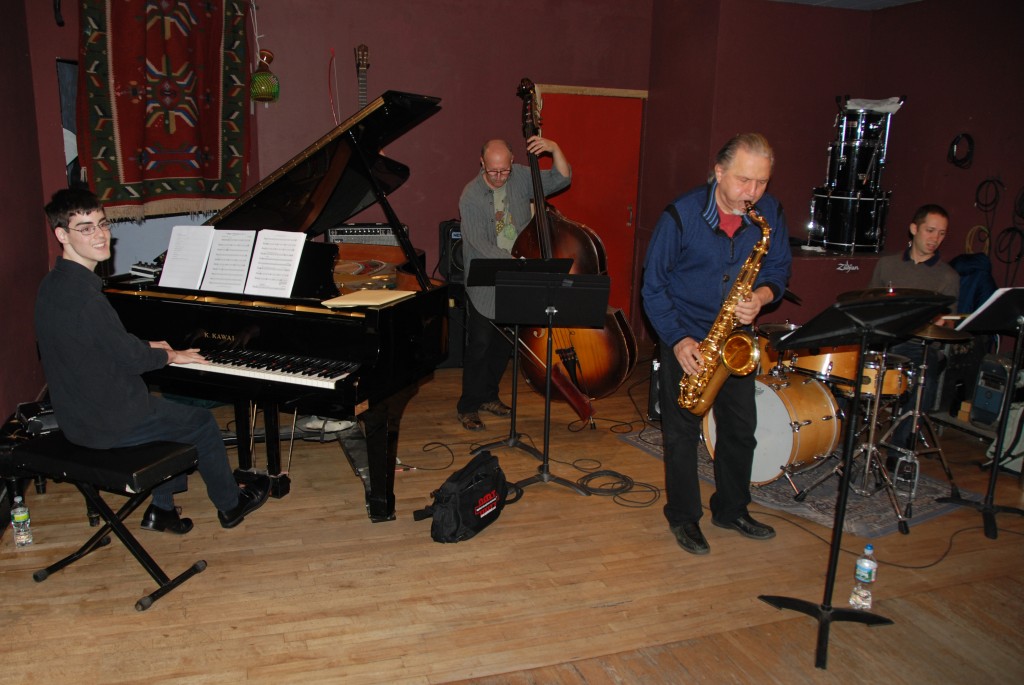 Happy Holidays everyone!  I hope you are well.

I have a new YouTube video of an original called “Power Pop.”  This video was recorded live in Japan.  You can watch it by clicking HERE.

My last concert of the year will be on December 19 in Cambridge, MA.  It’s going to be a very special concert, as I’ll explain in this blog.  I hope you can come!

So now it’s time to make a really big announcement.

It’s been over two years since the release of my last album, Welcome Home (2010).  Since then, I have been doing lots of touring in many different countries.  And I’ve written a whole bunch of new songs and performed many of them live.

But I can’t keep these new songs hidden forever.

I’m recording a new album in January 2013 that will be released in the fall of 2013!  I’ve never gone into the studio with this much material before.

The album will be a very upbeat release, with lots of exciting grooves.  Some of the pieces are really simple and catchy, but others are extremely intricate.  I’ve also written some extended compositions.

The band will be a quartet featuring tenor saxophonist Jerry Bergonzi and bassist Bruce Gertz (two giants of the Boston jazz scene), along with drummer Richie Barshay (who has toured with Herbie Hancock’s quartet).  It’s truly an honor to play with these amazing musicians.  There will also be a special guest joining the band for a couple of quintet songs.

As with my other albums, the new release will be mostly originals.

The rest is a secret, but let’s just say that the new album is going to be totally fun.

On December 19, 2012, you can preview the album live in concert.  This special performance will be at the Lilypad in Cambridge, MA from 8 to 9:30 PM.  Yes, it will be with Jerry Bergonzi, Bruce Gertz and Richie Barshay.  We’ll play all original compositions, some of which even I have never performed in concert.

December 19 is also my very last day of Berklee classes, so this concert will be a graduation celebration.

Then, in the winter of 2013, I’ll record the album, tour and prepare my audition pieces for graduate school.  It will be nice to take a break for a few months after Berklee… but it won’t really be a break, as things are only going to accelerate next year with the release of the album and entering graduate school (in Fall 2013).

I have to study for finals now, but I will see you soon.