As I write this now, it’s Columbus Day weekend.  I just finished the first month of my last semester at Berklee, and I’m doing lots of touring as well.  In two months, I’ll finish my undergraduate studies and get my bachelor’s degree.  But next year, things will accelerate again, as I plan to enter graduate school in the fall of 2013.  Yes, I’ll still play gigs.  So it’s going to be intense, but fun.

Last month (September), I went to California to play four concerts with the Berklee Monterey Sextet, a group consisting entirely of Berklee students.  I co-led the group with alto saxophonist Erena Terakubo, who is a good friend of mine and who has already made a name for herself in Japan.  Nick Frenay played trumpet, John Egizi was on trombone, Hoo Kim played bass, and Anthony Fung was the drummer.  Ayinde Webb, who is a first-semester student on a full scholarship, was the special guest drummer on a couple of songs at each of the four concerts.

We played four concerts in three days, so we really got to develop our sound as a band.  And we each contributed our own original compositions, which created a really nice “collective” atmosphere.  The first gig was at the Lesher Arts Center in Walnut Creek, for 7th and 8th grade music students.  So you know what that means… screaming tweens.  The kids posed for high-fives with all the band members, and took photos on their school buses as they left for classes.  It was fun.  That night, we played at a house party at this amazing house on top of a hill in Alamo.  And finally, we played two packed concerts at one of America’s great jazz festivals, the Monterey Jazz Festival in the seaside town of Monterey.  The festival is on the county fairgrounds, and many of the stages are in fair buildings.  So it’s sort of indoors and outdoors at the same time, which is really nice.  It was truly a great honor to play at such a prestigious place.

On September 29, I performed for the SAGE Crossing Foundation, which runs a farm that employs adults with autism.  The fundraiser was at the Collings Foundation Museum, which is a large airplane and car museum in an old hangar in the woods of Stow, MA.  So it was a fun gig for a wonderful cause.

On November 17, I’ll play my first full-scale classical concert (Debussy’s Six Epigraphes Antiques) in Jaffrey, NH.  And the biggest gig of all is on November 19th.  That is my Senior Recital at Berklee. I have a huge event planned with lots of amazing students and faculty.  I hope many of you can attend.  It’s free.  I’m doing lots of preparation for these concerts right now.

On top of all this, I’m making audition tapes for graduate schools, attending concerts, seeing my family during breaks, and just hanging out with my friends.  And I’m planning some large projects as well.  I’m at an important turning point in my life right now and it’s been wonderful so far.  I hope to see you very soon at any one of these events. 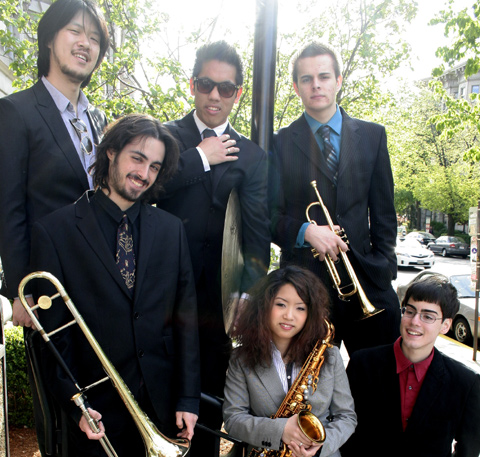